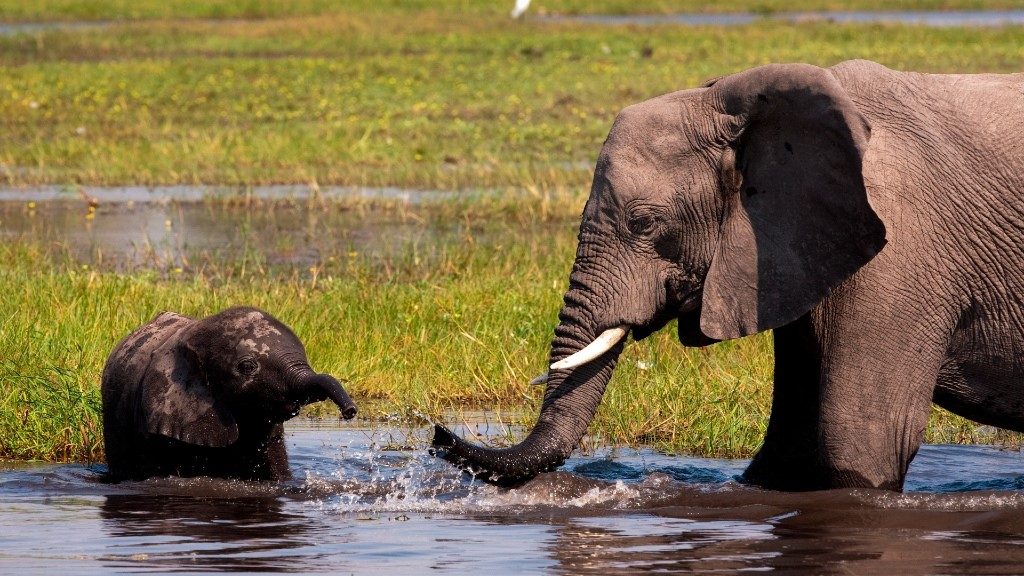 As politicians meet to discuss how to cut carbon emissions, descendants of South Africa’s first inhabitants are raising concerns about an oil and gas exploration project. Religious leaders have also spoken out, with one saying the project is a sin and calling on COP27 delegates to curb the activities of fossil fuel companies.

The southern African country of Botswana is home to one of the world’s largest inland deltas, a landscape the UN has called “outstanding” and “rare” in its beauty.

The Okavango Delta is an oasis in the heart of the Kalahari Desert. Its waterways and floodplains are home to some of the world’s most endangered large mammal species, such as black rhinos. The plants, birds, fish and animals that live here make up a particularly sensitive ecosystem.

It is so valuable that it has been designated a World Heritage Site.

But there are fears that it is under threat, because of fossil fuels.

A Canadian company, Reconnaissance Energy Africa (ReconAfrica), believes there may be oil and gas wealth under the ground in northern Botswana and neighboring Namibia.

It holds exploration licenses for an area of ​​34,325 square kilometers on the border of the two countries.

Three test wells have already been drilled in Namibia.

“The work is sinful and serious,” the recently retired former Anglican Bishop of Namibia tells me.

Luc Pato spent the last months of his time in Namibia campaigning against the plan with a group of other religious leaders. As we sit in the garden of his home in Johannesburg, he tells me why.

“Jesus said, ‘I have come that they may have life, and have it abundantly.’ He would never be on the side of anything that has the potential to destroy life, to destroy the environment in which people live. I have no doubt that Jesus would find a way to pull the rug from under the feet of those who still want to be involved in fossil fuel exploration.

“I would like the drilling to stop, for this company to pick up their machines and go.”

Bishop Pato is concerned about the effect that drilling in Namibia may have on underground water reservoirs connected to the Okavango River. The river runs along the Namibian border north of the drilling sites, carrying water to the delta in neighboring Botswana.

ReconaAfrica says its exploration poses no risk of pollution.

Mwanyengwa Shapwanale, head of communications for ReconAfrica’s Namibia subsidiary, says the company is working with the Namibian government “to ensure that we are not only in line with what is expected of us to protect the environment, especially water, but also to ensure we go the extra mile.”

But Bishop Pato also has another concern: he believes that the exploration of African natural resources by a Canadian company amounts to a “new wave of colonialism”. He wants delegates at COP27 in Egypt to table “a resolution that would tell companies that are drilling outside their countries not to.”

The Namibian government rejected his criticism, telling the BBC it had a responsibility to develop the country’s natural resources for the benefit of its people.

“Abdicating this responsibility would be reckless, so as a sovereign democratic country, Namibia will explore and develop its natural resources sustainably,” it said.

He pointed out that Namibia’s greenhouse gas emissions were “insignificant compared to those of developed countries”. Africa as a whole accounts for less than 4% of global greenhouse emissions.

The issue of whether African countries should continue to exploit fossil fuels is emerging as a divisive point at this year’s COP. Some say they should be free to exploit oil and gas fields in order to grow their economies and end energy poverty.

“When cleaner energy sources are possible, why step back on fossil fuels?” he asks.

In Botswana these concerns are echoed by the descendants of South Africa’s first inhabitants: the San.

For millennia the San communities inhabited what is now South Africa, living a hunter-gatherer lifestyle. There are now believed to be around 90,000 left, concentrated in Botswana, Namibia, South Africa and Zambia.

The key to their culture and belief systems is living in harmony with nature. The spirituality of the Saint is inextricably linked to their relationship with the earth, plants and animals.

“We don’t want this project to happen,” says Diphetogo Anita Lekgowa, a San activist from Botswana who is attending COP27 in Egypt as a defender of indigenous peoples’ rights.

“We are interested in the environment and the protection of our natural resources, because once upon a time [drilling starts] there will be a whole load of changes. Animals will migrate and we fear we will lose our native plants.”

Botswana’s government declined multiple requests for an interview, but Mineral Resources Minister Lefoko Moagi has previously said that “the terms of the license require ReconAfrica to preserve as much of the natural environment as possible [and] minimize… damage to natural and biological resources”.

The government also stressed that there are currently no plans to drill in Botswana – exploration will be carried out by non-invasive means.

But Diphetogo Anita Lekgowa fears that if the presence of oil or gas is confirmed, drilling will eventually take place. Like Bishop Pato, he worries about what this might bring.

They are from the San River people, who believe that the river that feeds the Okavango Delta was given to them by the gods because it never dries up.

Growing up in Khwai village on the edge of the delta, her elders’ reverence for the river was woven into the fabric of their lives, she says.

“Our parents went to the river to dance, to connect with the gods, to please the gods. Our culture, our way of life, our spirit is connected to the river.”

If the river and the Delta were harmed, says Anita, “it would destroy people emotionally.”

“Why does our government care about oil when there are other things that can be done that can generate revenue?”

The mountains of the gods

On the other side of the delta, in north-west Botswana, lies another World Heritage Site – a series of large rock formations so sacred to the San that they are known as “the mountains of the gods”.

The Tsodilo hills are where the San believe that the spirits of the ancestors reside and through them they connect with the Supreme Being. The hills contain more than 4,500 petroglyphs, some believed to be over 20,000 years old, detailing the history of the San people

San activist Gakemotho Wallican Satau, who lives in the town of Shakawe, to the north of the hills, tells me that for the San the hills are “similar to Mecca for Muslims”.

Exploration is not allowed in a 20km buffer zone around the hills, but this has done little to assuage Gakemotho Wallican Satau’s fears. “How could I not worry?” He says.

He especially fears “earthquakes or earthquakes” that could lead to the destruction of the paintings.

Across South Africa there are San people who argue that their communities have been taken from their land.

Ms Shapwanale of ReconAfrica stresses that the project is in its early stages in Botswana and the company is keen to hear from the affected communities.

“We will continually listen to the Shan community, continually strive and go the extra mile to make sure they are consulted.

“We listen to them. And we listen and get advice on what’s the right way to do things.”

But, he says, they have trusted other nations to explore for oil and gas, and that has helped them grow their economies.

“If we are invited by the governments of Namibia and Botswana, I think it is only fair that these two nations should be allowed to explore the natural resources for the benefit of the people, including the San community.” 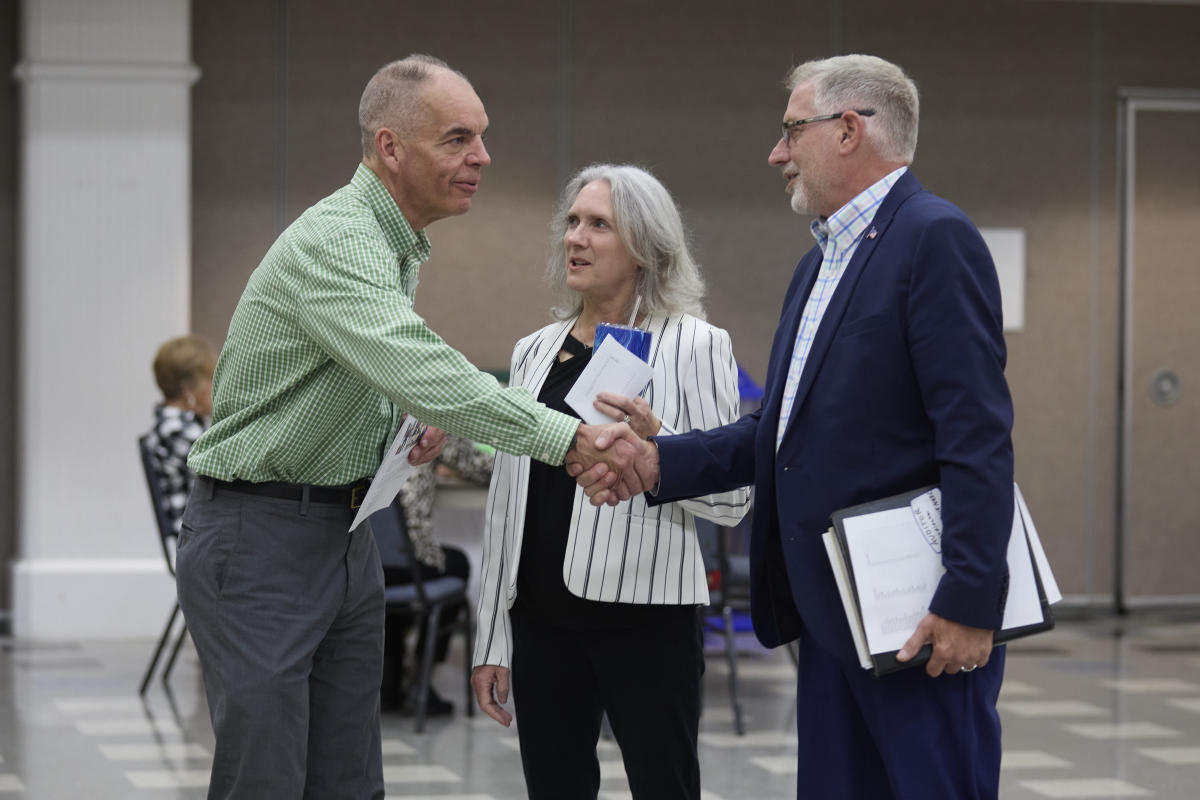