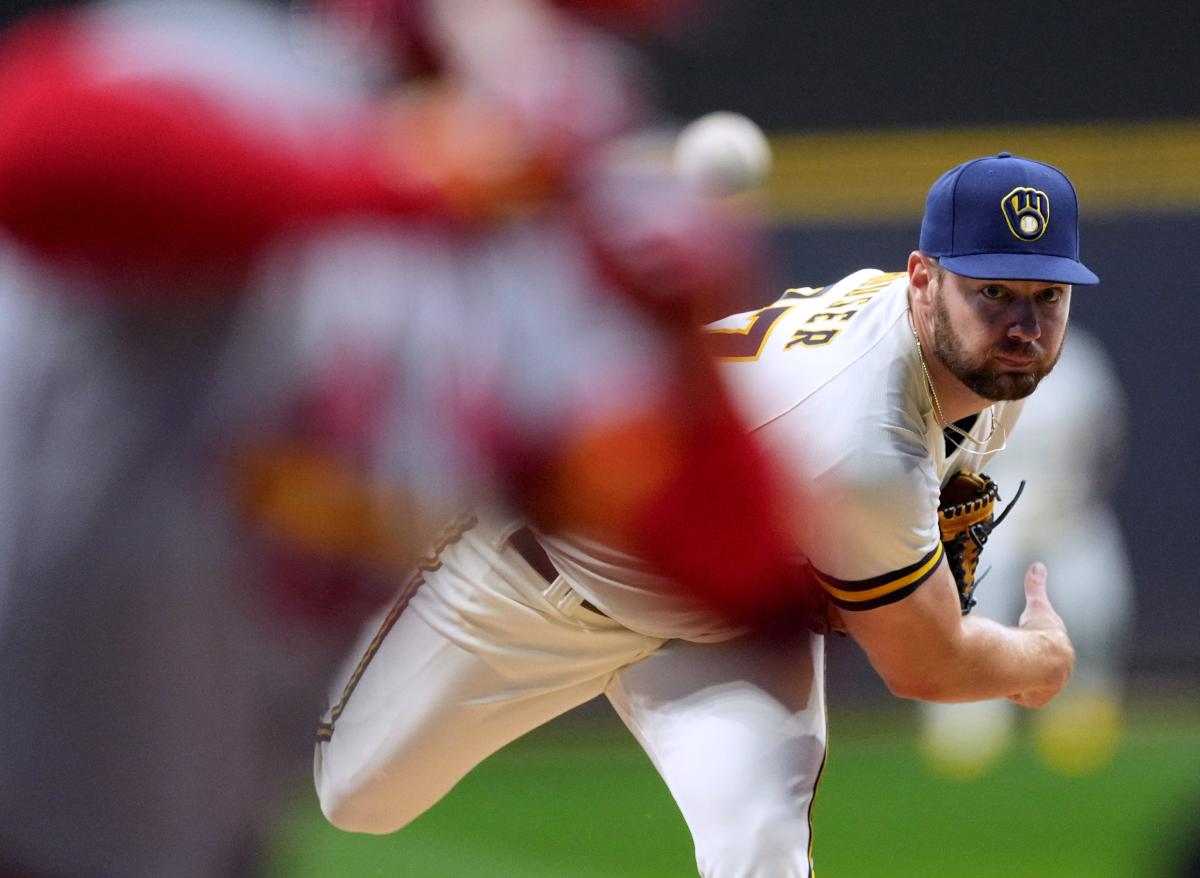 The Hot Stove season began in earnest for the Milwaukee Brewers on Friday, as the team tendered contracts to 14 arbitration-eligible players, agreed to one-year deals with two others, traded a reliever and parted ways with four others.

“A lot of things going on today and a lot to balance for sure, both internally and externally with all the conversations we’ve had,” general manager Matt Arnold said Friday night. “But overall, we think we’ve made some progress here with the moves we’ve made.”

Here’s how the trades broke down:

∙ Reliever Javy Guerra was acquired from the Tampa Bay Rays for a player to be named.

There really weren’t any surprises as to who the Brewers chose to bring back.

How much those players will make is what the Bears are watching with the Brewers unlikely to start any kind of outside shopping this winter.

MLB Trade Rumors projects Burnes and Woodruff to make $11.4 million and $11 million respectively in arbitration, with Renfroe at $11.2 million and Adames at $9.2 million.

Followed by Tellez with $5.3 million and Lauer with $5.2 million. Williams, entering his first year of arbitration, earned $3.2 million.

Arnold was asked if the next step will be to continue to seek long-term deals with at least some of those players.

“I can’t go into detail there, as you can imagine,” Arnold said. “But I will tell you that we’re open to it and the process of evaluating those things as we work through it. We have plenty of time, we want to have those conversations as we move forward.”

Entering a career year in 2021, Houser took a step back from his performance last season, posting a 4.73 ERA in 22 games (21 starts) after losing his in-season arbitration case and signing a $2.425 million contract.

Houser dealt with inconsistent performance and injuries throughout 2022, seeing his percentage drop to just 15.2%, but some of the underlying numbers showed that his season wasn’t as bad as it appeared on the surface. Houser’s FIP (4.21) was actually lower than it was (4.33) when he pitched to a 3.22 ERA in 2021.

The Brewers also found themselves paying for a lack of starting depth beyond their top six arms when injuries started piling up last year, making it a relatively easy call to bring back Houser.

The right-hander Bush came to the Brewers in an Aug. 1 trade with the Texas Rangers.

He gave the manager added flexibility in the back end of the bullpen, but had a tendency to give up untimely homers (six in 23 innings in 25 appearances) and finished 0-2 with a 4.30 ERA and 29 strikeouts.

“What Adrian has meant to our rotation for a number of years and also Matt Bush, he comes in as another guy with a really big arm with the ability to play in the back end of games that showed some really positive flashes last year, yeah. , we are absolutely thrilled to have both guys back,” Arnold said.

Bush will be 37 next season.

Of the group of Gott, Gustave and Perdomo, Gott saw the most action with 45 ⅔ innings in 45 appearances, but finished the stretch and endured several stints on the injured list. He finished 3-4 with a 4.14 ERA.

“It’s all tough calls, right?” Arnold said. “These are tough decisions. We spent a lot of time talking about it with our staff. Trevor’s done a really good job here, but it’s just one of those things where you have to make a tough call and you keep in touch with them and stuff children too.”

The combination of Suter, Gott, Gustave, Perdomo and Brad Boxberger – who was bought out of his contract last week – contributed a combined 230 innings out of the bullpen in 2022.

Guerra, who recently turned 27, is a shortstop convert who has made just 44 relief appearances in the majors since 2019.

Last season, the right-hander went 2-1 with a 3.38 ERA and 1.31 WHIP for the pitching-rich Rays. He only struck out nine in 16 innings in 17 appearances, but averaged 98.3 mph on his four-seam fastball and 97.2 mph with a sinker that he uses to create groundouts.

“Guerra is a really interesting player,” Arnold said. “He’s got a great arm. We feel like he’s trending in the right direction. He’s a transition guy and hasn’t played full-time in so many years, so we still feel like there’s upside with him.

“He’s playing right now in winter ball and he’s done a really good job there. We really like his arm and his stuff is top notch. He’s a guy you bring into the mix with a low-90s fastball that has a chance to play at the end of games.

“Those are guys that we’re excited about and our team is excited to have him on board.”

Our subscribers make this report possible. Consider supporting local journalism by subscribing to the Journal Sentinel at jsonline.com/deal.

DOWNLOAD THE APP: Get the latest news, sports and more 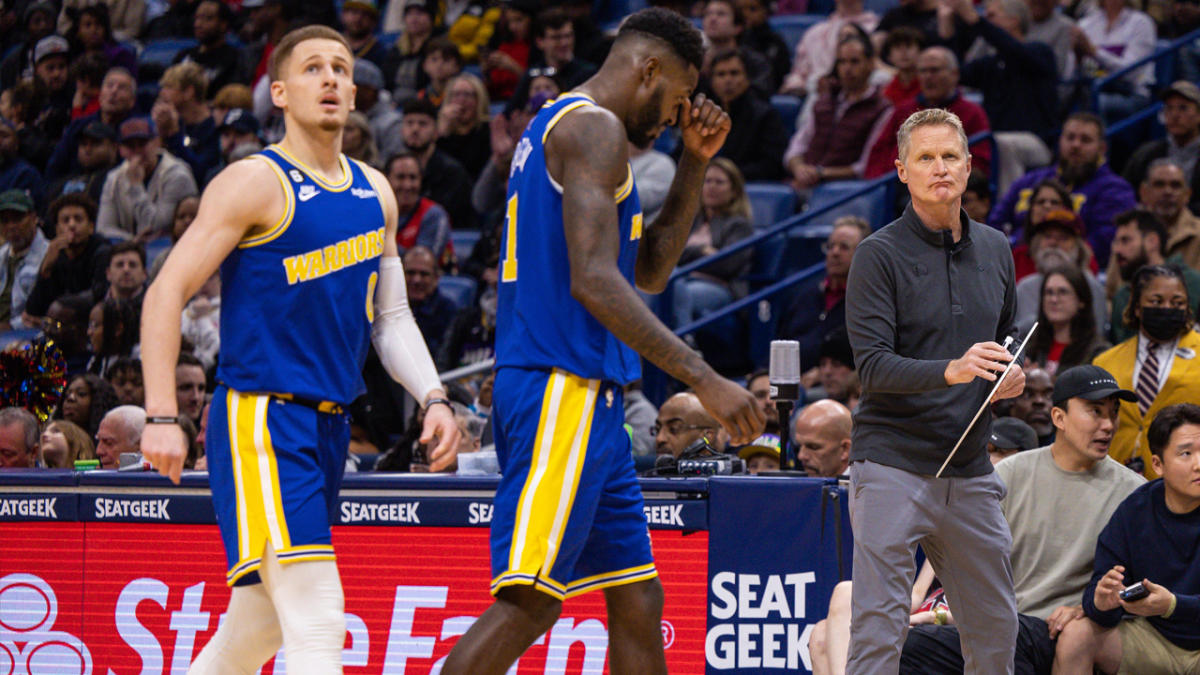 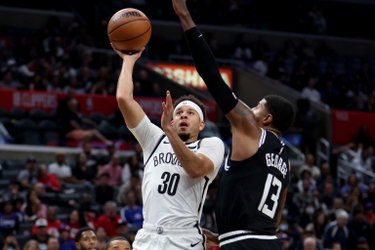 Nets from Saturday’s 110-95 win over the Clippers, including Seth Curry’s fourth-quarter outburst 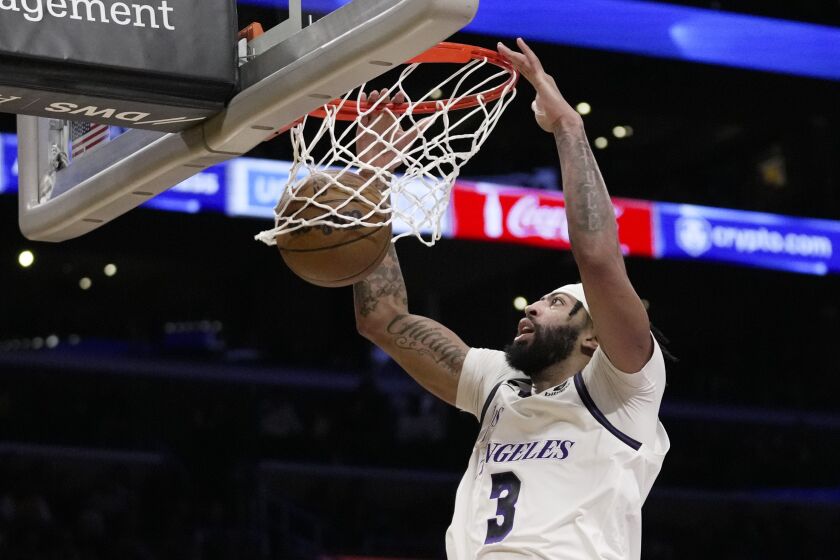